As a mark of respect to the late Prof Festus Iyayi, past president of ASUU, whose funeral rites begins tomorrow to Sat December 7th, the Federal Govt has decided to shift its deadline for resumption of lecturers to Monday December 9. This was made known by the Executive Secreatry of the Nigerian University Commision, Prof Julius Okojie while addressing journalist in Abuja yesterday. 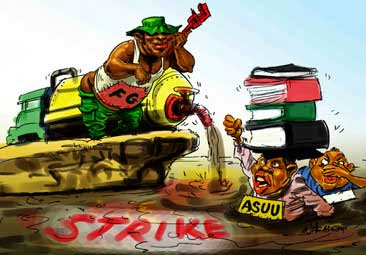 Prof Okojie in his briefing said

On the issue of salary arrears been demanded by lecturers, Prof Okojie said:

“You cannot pay someone who has failed to resume work. You are on strike and you want to be paid. What if some have already left the system? Some of our very bright lecturers may have gotten jobs elsewhere already,” he said