For failure to return to classrooms, the Senate of the Federal University of Technology Owerri (FUTO) has sacked all academic staff on its payroll with immediate effect. The sack order was made known by the Public Relations Officers (PRO) of the institution, Mr Chike Ezenwa, while speaking with the Nigerian Tribune in Owerri, through telephone. 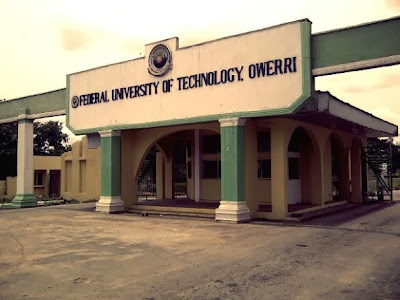 According to him, the senate of the university had declared all the positions of academic staff in the institution, adding that they would be advertised starting from Monday, December 2.

Read Also »»  THINGS THAT CAN AFFECT A MAN'S SPERM

The senate council, he explained, had already compiled the list of vacant positions in the school, adding that who were willing to resume would be adequately protected. Continue…

Meanwhile, the FUTO branch of ASUU has said any attempt to break their ranks would be strongly resisted by their members.

This was contained in a communiqué issued at the end o their meeting held on Monday, and signed by both the chairman and secretary, Dr Ikenna Nwachukwu and Dr F.M. Eke respectively.

The communiqué urged members to ignore the resumption notice by FUTO management, adding that the branch would not engage in any academic activities until the Federal Government commited itself to implementing the ASUU-FGN agreement.